Does The Future Lie With Artificial Intelligence?

Robots. You may have only seen them in the movies or on TV. It’s not as if you can just buy one from the mall and ask it to do your household chores for you, right? It only happens in the movie. While we are surrounded by technology, we still haven’t reached that level yet. That’s way up high in the niches of science and technology. What we have for now are smartphones and Amazon’s Alexa, perhaps? However, they don’t look like the AI we have in mind, a humanoid robot. 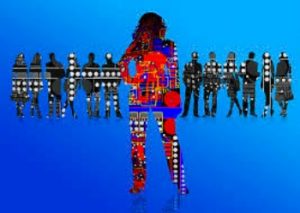 But considering that the experts are now refining the technology of quantum computing in their secret labs, we know for sure that the future lies with very advanced technology such as artificial intelligence. Imagine having a robot that talks and thinks for itself. Such a thought is both exciting and scary at the same time. Well, I won’t complain if I end up with Baymax – that is if he is even part of the option. But with the future dominated by AI, the least we can do is to prepare for it, right?

Sage is targeting 16-25 year olds, including school leavers and millennials, with a new initiative looking to teach skills in artificial intelligence (AI) and bots.

The Sage Foundation plans to set up what it is calling a ‘BotCamp’, a programme that will facilitate the training of over one hundred young people within the specified age bracket, aiming to encourage the pursuit of skills that are crucial to the future.

With the rapid move towards these new technologies, skilled individuals are a constant requirement, and the UK skills gap is becoming ever-wider. However Sage is setting out to provide accessible technology skills that will help people to embrace, not fear, the 4th industrial revolution.

Since the youth is the future of the world, it makes perfect sense why companies will invest in teaching them about artificial intelligence and make them feel comfortable to be surrounded by this technology. Their future will likely be dominated by robots, although we’d rather hope not.

Artificial intelligence will take over. But it’s not going to be an apocalyptic scenario, unless the latest U.S. military developments actually come up with a mind of their own.

AI will have control over our everyday lives, but only because we want it to. For some people, Siri or Cortana already play this role, as AI assistants.

A perfect example of AI automation is the US stock market that sees around around 70 percent of trades being done by automated algorithms. Gartner predicts that by 2020 over 80 percent of all customer interactions will be handled by AI. We can already see automation taking over with services like Amazon Go, being advertised as an AI-based shopping experience.

What we fail to realize is that AI is already slowly creeping into our society as we speak. The world is gradually being run by AI right under our noses. But at this rate, our love for technology and all thing social media will prompt us to turn a blind eye and make the transition easier for is, if we’re not already living in it. But up to what extent can AI actually affect our lives? Do you really want to find out?

A tsunami of change is already arriving. Artificial intelligence is now capable of doing desk jobs that were previously safe from automation. The social and economic effects remain to be seen, but is AI what we think it is?
Workplaces that include artificial intelligence (AI) will soon be reality, say researchers who believe the rise of AI in all areas of life is not only inevitable, it's set to reshape the way we think about consciousness and human identity.

From Metropolis to 2001: A Space Odyssey and The Terminator, robots and super-intelligent AIs in film have seduced and terrified our collective consciousness, having an impact on how we view artificial intelligence. But will they really crush the puny humans and take over the world?

“If you can’t beat them, join them.” How many times have we heard this overused phrase? Regardless of your aversion to technology nor of your hesitance to embrace technology completely, we can’t stop the world from further progressing. A world dominated by artificial intelligence is what’s waiting for us in the future, whether we like it or not. So, learn as much as you can about it as early as now, so you are better prepared once that day comes. Who knows, AI may not be as bad as we think it is after all.

Does The Future Lie With Artificial Intelligence? is courtesy of IANAA

source https://www.iamnotanartist.org/does-the-future-lie-with-artificial-intelligence/
Posted by Unknown at 17:25 No comments:

Is The U.S. Economy In Turmoil Again

Nothing had been constant in the economy for years. It fluctuates from time to time in response to various factors. The U.S. economy is doing much better now after the most recent recession and business is starting to pick up. As a result, the unemployment rate has reduced and the people have more spending power. 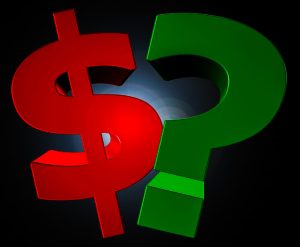 However, you can also see many shops closing down because fewer people frequents the mall anymore when they can do their shopping online. Such an irony, right? Employees will still lose their jobs and crime rates may again increase - as if law and order are not already a major headache right now.

So, we can’t say yet that the economy is in great shape again. Moreover, the controversial policies of President Trump are sure to affect the U.S. economy in a major way.

The budget, the Liberal government's second since the 2015 election, will land as Ottawa and corporate Canada scramble to assess the risks of possible and unpredictable policy actions from the country's top trading partner.

There are fears of negative economic fallout for Canada from the decisions of the Trump administration and it's unclear whether Morneau's budget will account for the unknowns.

The budget will also follow a series of stronger-than-expected economic indicators in recent weeks. In November, Morneau's fall fiscal statement predicted a deficit of $25.1 billion this year and a shortfall of $27.8 billion for 2017-18.

"In the wake of the election victory by Trump, a lot of uncertainty was introduced into the economic forecasts," said Alexander, who participated in Morneau's Jan. 13 meeting to hear projections from private-sector economists.

Trump's famous unpredictability means it's impossible to know for sure the challenges Canada could end up facing, he added.

The economic instability since 2007 persists to be one of the top problems the country faces along with government dissatisfaction, immigration, health care and education issues.

In the latest poll, about one in four Americans (26%) name an economic issue as being the most important problem facing the U.S., while three times as many (75%) list a noneconomic issue. From 2008 to 2012, economic concerns mostly exceeded noneconomic ones.

Even ordinary Americans feel the severity of the economic issues plaguing the country.

Almost one in five Americans (18%) name dissatisfaction with government or poor leadership as the nation's greatest problem. This is similar to the 19% recorded last month, when it ranked as the top overall problem by a significant margin for the first time since April 2015. Concerns about government rose once Donald Trump took office; many Americans who cite government dissatisfaction as the most important problem mention Trump specifically.

So it appears that Trump and the economy are not a good combination, after all. Yet we are still hopeful that he can indeed deliver his promise of making America great again despite what many would call it a bad start. So, let us all give him the benefit of a doubt. If there is one thing genuine in him, it's his love for his country.

One industry President Donald Trump focused on intensely during the campaign was U.S. manufacturing. He recently met with manufacturing executives, signaling that he will attempt to follow through on his campaign promises to significantly increase manufacturing jobs. February’s jobs release—and the releases over the next several months—will demonstrate whether the symbolic meetings and soaring rhetoric are translating into progress at an economywide scale.

Let us not forget, though, that it is not only the U.S. economy that has been unstable for years now but that of many other nations too. We must unite and remain vigilant if we truly care for our country and help in any way we can – and that's by being responsible and law-abiding citizens.

Is The U.S. Economy In Turmoil Again was initially published on https://www.iamnotanartist.org

source https://www.iamnotanartist.org/is-the-u-s-economy-in-turmoil-again/
Posted by Unknown at 05:14 No comments: