We all know that to stay healthy, once must stay active aside from eating right. Also, a sedentary lifestyle that most of us lead nowadays make us prone to developing ailments or predispose us to obesity because of the lack of movement our body needs in order to stay fit and healthy. There is no shortcut to health and wellness. Living healthily may look uncool compared to what the cool kids do these days, which is to hang out in posh and expensive cafes and eat in all the best food spots in town. A small minority are obsessed with video games, though, especially the males. They spend a great deal of time playing with games for hours on end and often binge eat on unhealthy foods that are convenient to eat like takeouts, pizza, burgers, fries, chips, and soda. 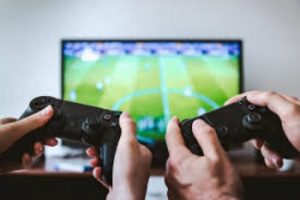 Playing with video games is obviously not a good way to boost your health as you sit for hours just glued to the screen but it seems that we have been mistaken all along because it can actually be put to good use. The truth is, people who are obsessed with video games are in their teens or are young adults with raging hormones. It means they are likely to have sexual contact but are the least educated when it comes to sexual health. With the help of this new video game technology, they can learn to better safeguard their health and avoid being in a compromising situation that can have a big impact on their life.

A videogame designed by Yale researchers to promote health and reduce risky behavior in teens improves sexual health knowledge and attitudes among minority youth, according to a new study. The findings validate the value of the videogame as a tool to engage and educate teens at risk for HIV and other sexually transmitted infections (STIs), said the researchers.

“We saw significant and sustained positive changes in terms of attitudes about sexual health and sexual health knowledge,” said Dr. Lynn Fiellin, associate professor of medicine at Yale School of Medicine and in the Child Study Center.

By focusing on these special video games instead, young teens can avoid catching some really nasty sexual infections and even have a good time while doing so. It’s really helpful as people rarely talk about these topics openly and it is also not discussed as extensively in school. Those in the minorities are even more ashamed to ask sex-related questions and end up making life-changing mistakes later on.

The findings, published in the Journal of Medical Internet Research, validated that the video game can act as an accessible and portable tool to engage and educate teens at risk for HIV and other sexually transmitted infections (STIs).

“We saw significant and sustained positive changes in terms of attitudes about sexual health and sexual health knowledge,” said Lynn Fiellin, Associate Professor at the varsity. For the study, the team recruited more than 300 students, aged 11 to 14 in the US, to play the intervention game PlayForward: Elm City Stories, or one of several unrelated video games on iPad tablets for up to 75 minutes twice per week.

These video games are the type that parents and support groups won’t be mad about since they are beneficial to your health. They serve a purpose considering they are labeled as intervention games, not just any other commercial game most people play with. The player’s progress is determined by their decisions and it determines how the game turns out in the end. It is similar to real life. The players realize that they shouldn’t be impulsive in their actions and think about things thoroughly at first before making big and costly mistakes that can ruin their lives such as contracting deadly venereal diseases that are without a cure. In turn, they may be able to apply these realizations in daily life and become healthier and the best versions of themselves too.

The article Can Playing Video Games Really Make You Healthy? was initially seen on The IANAA Blog

source https://www.iamnotanartist.org/can-playing-video-games-really-make-you-healthy/
Posted by Unknown at 11:38 No comments: