Fighting The Stigma Of Mental Illness

In most societies, talking about mental illness is a major taboo. People are not just comfortable discussing any of these controversial health conditions most of us know so little about. But what is really so distressing when discussing issues that are innate to all humans? If we get sick physiologically because of many factors, the same thing can happen to our mental state. After all, we are not robots and we have feelings that get hurt too. 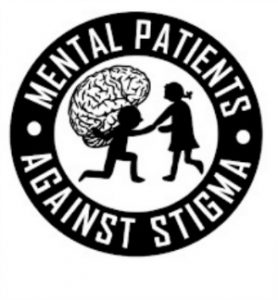 Our psychological, emotional and social well-being comprises our mental health. How we feel, think, act and respond to stress are affected by all these factors. Whether you are a young child or an older adult, it is important to take care of your mental health at every stage of your life because various external factors like biological agents, life experiences, and a family history of a mental disease can put you at higher risk of developing a mental illness over time. A healthy mental state can help you cope with all the challenges you face in life, whether big or small, and the failure to cope often leads to mental illness.

Nicola talks openly about her battle with schizophrenia in a bid to help other people understand the illness better. A few years ago she became an ambassador for See Change, the National Mental Health Stigma Reduction Partnership, and will be speaking about the condition when the organisation launches its fourth Green Ribbon Campaign on April 27th next.

The initiative, which will include the launch of new statistics about attitudes to mental health in this country, runs all through May. See Change is a partnership of more than 90 Irish organisations working to open up discussion on mental health problems and end stigma.

There is still huge stigma around mental health issues in Ireland - figures due to be released by the organisation shortly underline this, showing 38% of people say they would conceal from family, friends and colleagues the fact that they had a mental health difficulty.

In all, 500,000 free green ribbons will be distributed nationwide in a bid to encourage people to show their support for opening up the topic to discussion.

The negative stereotype of people diagnosed with mental illness is one of the barriers why people suffering from it shy away from seeking help and just isolate themselves from the people they know and the life they have lived. Sometimes, admitting you are battling some inner demons is even worse than suffering in silence. Once people know you have a mental disease, they treat you differently and even get treated like a social outcast. It was worse back then when treatment options were limited, however, the stigma still persists until now.

While we imagine Lady Gaga and Prince William don’t have a lot in common — being either a pop star or a prince are probably fairly different — they are both dedicated to fighting negative stigma toward mental health.

In addition to founding the Born This Way Foundation, last year Lady Gaga opened up about her personal mental health struggles and revealed that she suffered from PTSD following a teenage sexual assault.

The Royal Family have also been vocal recently surrounding mental health issues. Prince Harry announced yesterday that he went to a therapist in his late 20s to process unresolved grief following his mother’s death. Meanwhile, Prince William has been advocating for mental health awareness with his programs “Heads Together” and #okaytosay.

Rather than ridiculing patients with mental illness, why not extend a helping hand like these well-known people are doing. At some point in our lives, we go through so much grief and have a hard time coping with personal problems and issues and it is the same thing with these mental patients. Imagine going through such a traumatic experience every single day of your life. Not a happy though, right? So enough with the stigma and let us all be more understanding of one another. We all cope differently and it may be that the will power of others is not as strong as ours. The world becomes a better place to live in if we learn to accept and be tolerant of each other's flaws and differences.

Having a mental illness is not a walk in the park. Early treatments include electro-convulsive therapy and other equally controversial practices that often left the patient dead rather than cured. Fortunately, much has improved today and patients with mental illness have higher chances of recovering and living like a normal person once again. It is not an affliction that they chose to have after all. If we try to look past the illness and see the person suffering within, perhaps we wouldn’t easily pass judgment without thinking and not treat them differently like any person diagnosed with a health condition we are more familiar with.

Fighting The Stigma Of Mental Illness See more on: https://www.iamnotanartist.org

source https://www.iamnotanartist.org/fighting-the-stigma-of-mental-illness/
Posted by Unknown at 05:02