Loneliness not only affects a person’s emotions but the physical health as well. It is not surprising to see people develop physical symptoms when they are anxious or depressed. Palpitations, sweating, headaches etc. are just examples of your emotions getting the best of you. 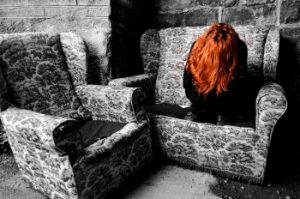 So, why is it that people are more prone to illness when their morale is low? Well, I guess it has to do with your immunity. Your immune system can better fight off infections when your spirits are up rather than when you are feeling depressed. So, you are more likely to catch a common cold when you feel sad and lonely.

Suffering through a cold is annoying enough, but if you're lonely, you're likely to feel even worse, according to Rice University researchers.

A study led by Rice psychologist Chris Fagundes and graduate student Angie LeRoy indicated people who feel lonely are more prone to report that their cold symptoms are more severe than those who have stronger social networks.

"Loneliness puts people at risk for premature mortality and all kinds of other physical illnesses," LeRoy said. "But nothing had been done to look at an acute but temporary illness that we're all vulnerable to, like the common cold."

The study is the subject of a paper published this week in Health Psychology.

The researchers drew a distinction between feeling lonely and actual social isolation.

The study goes to show that loneliness predisposes a person to sickness – even to the common cold that your body should be able to easily fight off if you’re in a good mood.

At the beginning of the study, the 159 participants were scored on a scale indicating their level of loneliness and another one indicating their level of social isolation, as measured by the size and diversity of their social networks. Those who were lonely were no more likely to fall ill with a cold after they were exposed to the virus. But, among those who did become ill, those who were lonely were almost 39 percent more likely to report higher-severity symptoms than those who were less lonely, says LeRoy.

The researchers purposely measured subjective reports of symptoms, since whether someone is feeling well is more likely to be the reason they would stay home from work or curtail normal activities than more objective symptoms like, um, the amount of mucus production.

"Even something as simple as the common cold can be affected by how you're feeling beforehand," LeRoy says. The reason isn't clear, and she didn't want to speculate, but other research on loneliness has suggested multiple mechanisms, including effects on the immune system and behavioral factors.

This is definitely not good news in a world that’s becoming more global yet disconnected. Social media and the web may bridge the distance among people but it disconnects them from the people who matter most to them because of too much preoccupation with technology. Rather than spend a day bonding with friends and catching up with their lives, you can easily send them a message or two and you spend your day cooped up at home binge watching your favorite shows. The times are changing and so are we.

“When you’re in your teens you have a close-knit circle of friends.

"But when you get into your twenties, people start to drop out of friendships.

"They have commitments, responsibilities, and can’t come out anymore.

"Friendship groups shrink. What meet-up does is give another avenue to expand your social circle.”

Loneliness – including in the young – has been an emerging modern problem for some time, with some experts pointing to the isolating nature of social media an the decline of traditional communities.

Even constantly checking on social media does not ease the loneliness you may feel as you only see what’s lacking in your life. Your friends go to all those places, buy all those expensive stuff and live a more glamorous life than you and it can damage your ego badly. Thus, as you become more insecure and alienated in a world that’s rapidly growing smaller, your health suffers too.

The article Feeling Sick And Lonely Read more on: https://www.iamnotanartist.org

source https://www.iamnotanartist.org/feeling-sick-and-lonely/
Posted by Unknown at 05:10