A Festival That’s No Longer On Fire

Diversity defines our planet. From the various fauna and flora that abounds us, there are also countless breathing and living species inhabiting the earth. Humans have long since claimed superiority above everything else and made sure to put their mark all over the world – be it up in the skies, under the sea, or smack right in the middle on land. We may argue and disagree on a lot of things because of cultural diversity, language barriers, religious differences and much more but there are other ways on how we rectify our differences. 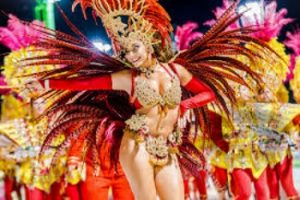 Festivals are a great way for people to come together and celebrate whatever needs celebrating. Whether it is a local festival celebrated in your hometown, a generic holiday celebrated by almost everyone all over the world like Christmas and New Year, an exotic celebration somewhere in the Pacific, or an event for a specific cause, going to festivals is a great way to learn more about the world and other cultures of people living in faraway places. You may also have the time of your life while you are at it.

Fyre Festival founders Ja Rule and Billy McFarland have reportedly been "barred" from holding another festival in the Bahamas next year.

According to Complex, the Bahamas Ministry of Tourism will not allow Fyre Festival to return in 2018, and plans to enforce a "stricter vetting system" for future music festivals.

McFarland, a tech entrepreneur, had previously revealed that he plans on hosting another edition of Fyre Festival next year.

Speaking to Rolling Stone, he said: "We were a little naive in thinking for the first time we could do this ourselves. Next year, we will definitely start earlier. The reality is, we weren't experienced enough to keep up."

Fyre Festival's first ever event was launched last weekend, and was billed as a "cultural moment created from an alchemic blend of music, art and food", promoted by a wealth of "social influencers" including Kendall Jenner, Bella Hadid and Hailey Baldwin.

This is one example, though, of a festival that went all wrong. It had the formula of a sure hit. The festival was endorsed by the biggest names in Hollywood and social media and the perfect island to accommodate them with an outrageous theme alongside an equally outrageous price tag. Unfortunately, the organizers failed to deliver what they promised and everyone is beyond upset about the whole thing.

The ticketing vendor Tablelist has filed the latest lawsuit against the organizers of Fyre Festival, Billboard reports. The Boston-based start-up is seeking $3.5 million to refund its customers, claiming the promoters of the disastrous event in the Bahamas have yet to repay "a penny" to clients.

"We filed suit only after it became apparent to us that those behind Fyre Festival weren’t being square with us or our customers," Tableist CEO Julian Jung tells Rolling Stone in a statement. "I understand the anger that so many ticket purchasers feel. In fact, we share their anger and outrage. We are convinced that McFarland and the Fyre team weren't simply incompetent in hosting the event. We believe that they went into this project with intent to defraud us, the ticket purchasers and countless other vendors.

The extent of the damage caused by this massive festival mishap is becoming more apparent to everyone as the days go by. People want their money back – that is without a question. Even ticketing vendors are upset about the whole fiasco, sharing the sentiments of everyone who paid for the festival regardless if they got to the island or not. They now believe that the organizers of the said event, namely Ja Rule and Billy MacFarland, intended on duping everyone right from the beginning.

This is just a perfect example of a festival gone badly before it even ignited. However, let’s all hope this won’t dampen the spirit of festival-goers all over the world, so we can all still be merry and have fun while immersing in different cultures and traditions while wiggling to the beat.

The article A Festival That’s No Longer On Fire was originally published on https://www.iamnotanartist.org

source https://www.iamnotanartist.org/a-festival-thats-no-longer-on-fire/
Posted by Unknown at 09:38