Animal Preservation At Its Finest

We all know that our lives here on earth are finite. Nothing goes on forever except the planet perhaps. At some point or another, we all get hurt and eventually die. That’s the cycle of life. And while death isn’t always the end for most species, for some it is. It’s what you know as extinction. We know about various animals that used to walk this planet but are now gone forever. Various factors are at play as to how extinction works but it does happen and continue to occur until today.

Considering that there’s the lingering threat of global warming and climate change, it is h 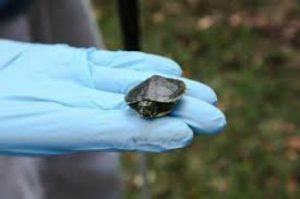 ighly possible that more animal species will disappear for good if we don’t act on it today. Fortunately, scientists are already at work in ensuring the survival of those species nearing extinction. It is all made possible by new technologies that aim in preserving genetics, so we can continue to perpetuate those endangered species regardless of the current circumstances in their immediate environment and the world at large.

And now a new technology has emerged to help do just that, preserve rare and important livestock genetics.
The new technology comes via Canadian Animal Genetic Resources (CAGR), a joint initiative of Agriculture and Agri-Food Canada (AAFC) and the University of Saskatchewan (U of S), to preserve the genetic diversity of Canadian livestock and poultry breeds, and to develop new techniques to conserve germplasm. The three branches of CAGR include Genetic Diversity, Gamete and Embryo Biology, and Cryobiology.
Dr. Carl Lessard, with the University of Saskatchewan explained the program at present is focusing on preserving the sperm of dead or recently castrated farm animals.
“Agriculture andAgri-Food Canada’s Canadian Animal Genetic Resources (CAGR) program has developed a method to salvage sperm cells from epididymis (reproductive organ sitting on the testes) from dead or castrated animals,” said Lessard, lead researcher at CAGR in a release. “If the gonadal tissue is packed properly for shipping, sperm cells can show a good movement up to 48 hours following the castration or the death of the animal, meaning that we can preserve this viable material in our gene bank.”

And while this technology is aimed at preserving livestock, for now, it won’t take long before newer technologies will be developed that will also work on more diverse groups of animal, and perhaps, even humans too if we get lucky. No need to worry further about losing a certain breed of animal anymore because we can simply create one from the lab using genes saved up for this very purpose.

For years, local rangers have protected wildlife with boots on the ground and sheer determination. Armed guards spend days and nights surrounding elephant herds and horned rhinos, while on the lookout for rogue trespassers.

Allen’s DAS uses technology to go the distance that humans cannot. It relies on three funnels of information: ranger radios, animal tracker tags, and a variety of environmental sensors such as camera traps and satellites. This being the product of the world’s 10th-richest software developer, it sends everything back to a centralized computer system, which projects specific threats onto a map of the monitored region, displayed on large screens in a closed circuit-like security room.

For instance, if a poacher were to break through a geofence sensor set up by a ranger in a highly-trafficked corridor, an icon of a rifle would flag the threat as well as any micro-chipped elephants and radio-carrying rangers in the vicinity.

Others take animal preservation quite literally and really go into the wild to ensure that poachers and other hunters can’t further reduce the already dwindling population of wild animals. Most poachers know their way in the area and are familiar with the traps and other deterring efforts set up by conservationists to prevent them from killing more animals, hence the need for more sophisticated technology to be used subtly in the vast open spaces that can alert officials to the presence of potential hunters and poachers nearby.

We still have a chance of saving many of these endangered animals, so let’s not waste our chance (and time) by taking an active part in these efforts or at least support those individuals and organizations that does what many of us aren’t capable of doing – by actually doing all the dirty work to ensure diversity remains to be a big aspect of life on earth and preserving animal species from going into oblivion.

The post Animal Preservation At Its Finest was first published on https://www.iamnotanartist.org

source https://www.iamnotanartist.org/animal-preservation-at-its-finest/
Posted by Unknown at 17:54