Why We Need To Educate The Poor

Education is the most powerful tool anyone could ever have to uplift their lives. Even the poorest of the poor who had access to a good quality education were able to transform their lives for the better. They are able to compete with others who were raised by more affluent families and have higher chances of going up the corporate ladder or finding a decent job that will put food on the table, a roof over their heads, and even pay the bills aside from helping them become self-actualized individuals. 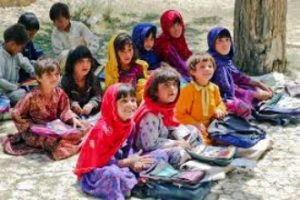 Most of the time, it is the government’s responsibility to educate its young citizens because they are the future of any nation. While the intent is noble, the challenges are huge. Money is definitely an issue because you pay for books and facilities as well as the salary of the teachers. Then, there are other school supplies that must also be met aside from making sure that kids are fed, so they have the energy they need to absorb all the new things they will learn in school each day.

The Young Bamboo project, which has a budget of over $1 million, aims to enhance the capacity of parents, caregivers, and preschool teachers to educate and take care of young children, and avoid disease.

This is a common initiative in far-flung and third-world countries where the government has a hard time meeting the needs of the people. It is often a holistic project that aims to address all the factors surrounding a child’s education and not just the ones required within the four corners of a classroom. These nations will keep on struggling with uneducated citizens in their midst and keep on relying on others for help especially during calamities if they aren’t empowered now through education.

For much of the last decade, global leaders in business, government and the non-profit world have been sounding a loud alarm about a mounting youth employment crisis. With good reason. According to the International Labour Organization (ILO), there are about 71 million unemployed 15-to-24-year-olds around the globe, many of them facing long-term unemployment. This is close to an historic peak of 13%.

Nearly every country in the world grapples with this challenge, but it hits low-income countries especially hard. And even where there is work, much of it is low-paying. The ILO estimates that about 156 million (or 38%) employed youth in emerging and developing countries were living in extreme or moderate poverty in 2016 -- equivalent to less than $3.10 per day.

Education shouldn’t be just a second thought anymore considering that the largest part of the world’s population today is made up of the youth. They’ll soon make up a big chunk of the workforce but what will happen to the positions vacated by more senior officials if the kids in line aren’t knowledgeable or skilled enough to assume more technical or executive positions in any given company or organization?

Education is still the key to achieving success in life, so they shouldn’t lose sight of what is important amidst the many distractions in today’s modern world. Even the poor deserve a chance to find jobs that can create a positive impact in their life and that of their families. If not, they’ll be trapped in a vicious cycle of poverty where they can barely feed themselves and stay out of the streets.

Why We Need To Educate The Poor was first seen on IAmNotAnArtist.org/blog

source https://www.iamnotanartist.org/why-we-need-to-educate-the-poor/
Posted by Unknown at 17:33