People move places all the time. Although we have long since abandoned our nomad lifestyle, there is still a likelihood for individuals to move to another place or country in the course of their lifetime. It is what we commonly call immigration. People migrate for a lot of reasons although the top reasons are because of work, or attending an educational institution or they got married and is moving to the hometown of their spouse for good. Sometimes, people from a certain place tend to migrate to a particular country but there are times when it differs a lot from person to person. After all, the world is our oyster and nothing should stop us from exploring every nook and cranny of this planet if we have the means to do so. Other times, wanderers fall in love with a certain place or with a particular local that they end up staying there far longer than they initially intended. 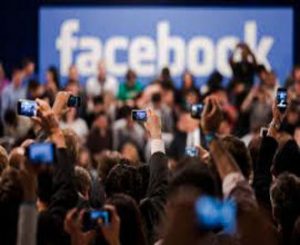 Over the years, we have seen philanthropist businessmen speak up on various causes that are personally important or relevant to them. Migration has been one of those issues and continues to be a topic of debate especially at a time today when terrorism continues to be a threat to everyone. For instance, Mark Zuckerberg, the CEO of Facebook is pro-immigration and advocates less restrictive policies from the Trump administration. However, it seems that his business policies collide with his personal beliefs and ideals knowing that the company has been maximizing profits from anti-immigration groups in America in their ad campaign. Now, everyone can see the double mask Facebook is wearing when it comes to the topic of immigration as its owner speaks up about liberal migration ideas but the company does the exact opposite.

That legacy of dreamy utopianism continues to inform the tech industry’s self-perception, even as its financial imperatives collide with its politics. On Thursday night, Reuters reported that Facebook and Google were among nearly two dozen companies planning to launch a group to lobby for bipartisan legislation to protect DACA recipients, better known as Dreamers. The group, called the Coalition for the American Dream, will try to enlist other companies in urging Congress to pass legislation codifying the Obama-era program, which Donald Trump has said he will rescind. If he does, nearly 800,000 Dreamers will be at risk of deportation.

Facebook C.E.O. Mark Zuckerberg, who helped found a pro-immigration reform group in 2013, has been particularly vocal in pushing back against the Trump administration’s more restrictive policies. But Facebook's idealistic self-perception seems to be at odds with its advertising goals. As Bloomberg reported this week, both Facebook and Google worked diligently to maximize the reach of Islamophobic video ads for an anti-refugee nonprofit called Secure America Now. The nonprofit reportedly spent “millions” in ad dollars to ensure that its videos—including one that portrayed “colorful scenes of Main Street America” along with “black-and-white pictures of Muslims who have carried out attacks in the U.S.,” and another that imagined France and Germany governed by Sharia law—had maximum impact on both platforms. (Facebook and Google did not immediately respond to requests for comment.)

We can’t just easily discredit Facebook, though, even if we don’t always see things eye to eye. For many Americans, we value our safety as much as our liberty. While we do not want to alienate anyone foreign, we have no choice but to do so when it is our safety and security that is at risk. The U.S. has been on top of the list of Islamic terrorists and we have witnessed time and again how many innocent Americans fall prey and die in the hands of these murderers that we allowed to come into our country. It’s no wonder that more Americans are getting themselves involved when it comes to policies like immigration that affects the national interests because we want to limit the potential threat that can gain access to our country through stricter immigration policies.

Many of the companies that endorsed that letter are named as joining the new coalition. The group has planned to take out ads in news publications, though this is subject to change, according to an email last week seen by Reuters.

“Dreamers are part of our society, defend our country, and support our economy,” said one of the coalition documents, which is being shared by the group to recruit additional companies.

As globalization continues to shape the way the world works right now, boundaries are ever changing and people are more tempted to go to far away places in pursuit of their interests, opportunities, and greener pastures. These big tech companies can really relate to this problem because many of the bright and talented people working for them are at times undocumented or has a hard time securing legal papers to work in the country. They even coined the term “Dreamers” to describe them as people full of dreams and aspirations and hopefully influence the White House to be more lenient on their restrictions. However, with the obvious conflicts of interests these companies have like that of Facebook, we’ll see how things go in the months and years to come.

The blog article Facebook’s Stance On Immigration Find more on: The I Am Not An Artist Blog

source https://www.iamnotanartist.org/facebooks-stance-on-immigration/
Posted by Unknown at 17:17