Playing video games is one of the best past times. Many of you have probably enjoyed hours on end playing on video games in your youth. They are not just great boredom busters but you enjoy a lot too and the hours tick by without you noticing. Different video games have dominated the world over the years and certain ones stand out and define a certain era. Alongside it is the rising popularity of specific games consoles that made playing with these games possible for all of us. We may think that game developers always knew what they were doing in developing these iconic games but it appears that we are greatly mistaken. Just like with anything else in this world, some masterpieces were brought to life by accident. Some of these games are not an exception but we can’t deny how much they have shaped pretty much our entire childhood one way or the other. 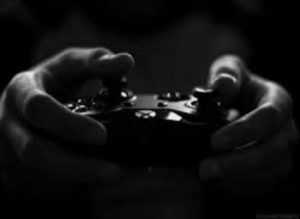 Without these games, there would be less color in your life and you have little to talk about to friends as well. Some may actually be anti-social for a while and stay cooped up at home while playing with any of these video games all-day and all-night but it apparently has a profound impact to your life that you don’t easily notice at first. You may be surprised knowing that some of the games you loved and played for hours on end weren’t initially the plan but because fate intervenes, they unravel themselves at the perfect time and become a worldwide influence not just to kids who are obsessed in playing with many of these addicting video games but even to bored adults who just want to kill time without losing their sanity.

Games developers usually know exactly what they're doing. They approach a project with a specific vision, and the majority of the time, the finished article doesn't deviate too far from the sketches on the drawing board.

On other occasions, they encounter budgetary issues and creative roadblocks during the development process and are forced to make concessions, in some cases bigger than others, and this can completely reshape the game in question.

These cases are well documented, but there are rare instances where games have been created entirely by accident, in a way that's almost comparable to Sir Alexander Fleming's discovery of penicillin among his mouldy petri dishes.

There are cases where studio employees have had so much fun with bespoke non-gaming software that they've slapped it with a few bells and whistles and released it for public consumption. Other games started out in a different form until a glitch saw them mutate into something better, like Bruce Banner and the gamma bomb.

Sometimes, these games were brought to life because its own creators had so much fun with it as well that they just felt the need to share it to others so they can also experience everything first-hand. Looking back, it seems amusing you were ever hooked to one of these games but then you actually did. We all go through that phase so it is understandable. An example is the viral game before that is Counter Strike. Its popularity was undeniable and almost every cool boy or guy knew how to play it. Some were even placing bets as to whose team will win the game and play it with their squad.

Japan didn't invent the first computer game. That accolade goes to "Space War!", a game created in 1962 at the Massachusetts Institute of Technology in the United States.

But ever since then, Japan has embraced gaming culture with an almost unrivaled passion. From the Super Mario and Sonic the Hedgehog games that became cultural giants, to the Sega Mega Drive and Game Boy consoles which were symbols of their time, gaming was led by Tokyo for decades.

"Without the contributions of Japan, we wouldn't have a video game industry," Blake J. Harris, a video game expert and author of "Console Wars," says. "Or, at least, not one that resembles what we have today in any way.

And whether or not some of these video games were accidental masterpieces or not, Japan’s contribution to the entire video gaming industry is undeniable. Video games won’t be so popular if not for the amazing work the Japanese put in on the technology that has even shaped history. Think Mario Brothers, Sonic the Hedgehog, and Pacman, all legends in the field of video games before until now. Like whatever your age is, it is impossible that you haven’t yet heard about them over the years especially if you have kids because they will likely ask one from you if they haven’t yet. Until today, Japan still pioneers mind-blowing video gaming technology that will inevitably gift the world with more amazing games to capture our fancy and time as well whether by accident or not.

source https://www.iamnotanartist.org/unintentional-video-game-masterpieces/
Posted by Unknown at 17:17