The Problem With Hygiene

Everyone understands the essence of a good hygiene. Of course, you don’t want to be that stinky person most people want to avoid. And it also plays a big role in your success or failure in life. The majority of us take a bath daily and spend a good deal of our time inside the bathroom, so it’s safe to say we spend years in total doing our personal thing in the comfort of that enclosed space. Women probably spend more time because they have to deal with more feminine issues than men do and they have their monthly period to deal with and other icky “girl” stuff. 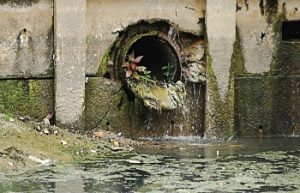 There is nothing wrong with taking care of your hygiene because it has a big impact on your health. The problem now arises on the trash we leave behind from using the loo. Sanitary products like tissue paper, tampons, napkins, etc. can create a big problem once they pile up. It is even more taxing if they are flushed down the drain. While most of these products say it is safe to do so, we don’t really have an idea what happens to them after.

Sanitary products are made from approximately 90 per cent plastic and, along with their plastic packaging, generate a mammoth 200,000 tonnes of waste per year in the UK alone. That's plastic which can take up to 500 years to decompose and potentially release harmful chemicals into seas and rivers if not disposed of correctly. Fish have even begun ingesting it, causing damage to their insides.

Statistics show that the average woman in the UK uses more than 11,000 disposable menstrual products in her lifetime and spends over £18,000 on the luxury of having them. In 2010, a UK beach clean found an average of 23 sanitary pads and nine tampon applicators per kilometre of British coastline. As demand is so high, companies pile up more stock than necessary, and stores end up disposing of new, unopened packages that aren't bought, says Hayley Smith, founder of Flow Aid, an organisation that campaigns for free sanitary products for homeless women.

Perhaps a lot of women will feel bad after knowing this as if the pain and suffering they have to go through during that day of the month isn’t enough of a burden for them but we can't deny the need for many of these sanitary products to keep them sane and clean because women have special needs after all. Yet no amount of rationalizing will erase the fact that most sanitary products are made of 90% plastic. And we all know that plastic is (very) bad for the environment, right?

Perhaps it is no coincidence that the record-breaking fatberg was discovered during a week of coordinated nationwide beach clean-ups, run by volunteers (Monster fatberg found inside London sewer, 13 September). Fatbergs like the “monster” found in Whitechapel could easily be avoided, but it’s time for an honest discussion about the causes. It’s not just cooking oil but a range of other items that we flush down our loos.

Tampons are widely believed to be flushable but swell up in sewers, combining with oil to create impenetrable blockages. Blocked sewers overflow into rivers, leading to the oceans, hence the huge clean-ups needed every year to rid our beaches of so-called sanitary waste.

Now you know. Your waste doesn’t just disappear off the face of the planet once it disappears from your sight. This trash accumulates in the drainage or sewer and can block the pipes. It becomes a major headache during the rainy season because it contributes to the flooding in your area. What’s worse is when they end up on natural water sources like the river and they get washed to the beach and endanger the lives of marine life in the ocean.

Conservationists are hyping up the issue because we all experience the negative impact of climate change for quite some time now. We have witnessed the intense power of hurricanes and the destruction it leaves behind. Many other natural calamities have intensified and became a really big threat to human lives and properties. Since we (especially women) can’t avoid the use of these hygienic products, developing better waste management techniques and systems is an acceptable solution to this problem that the government should look into now, not tomorrow.

The Problem With Hygiene Read more on: Iamnotanartist.org Blog

source https://www.iamnotanartist.org/the-problem-with-hygiene/
Posted by Unknown at 10:36